Whenever you think of Massachusetts, the first thing that comes to your mind is the rich history that it has. This is where the American Revolution started and is also the site of some of the country’s most famous historical monuments and locations. I went on a tour of Massachusetts with a couple of my friends about two years back, and it really made me appreciate its history that much more. 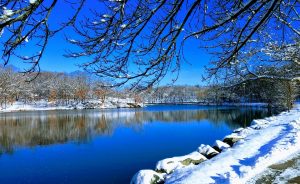 Now, truth be told I’m not that much of a travel junkie, but 2 years ago my best friend convinced me and another one of our close friends to go on a tour of Massachusetts during the summer. I figured that since I had no other plans at that point, why not go on a tour and try the world-famous clam chowder (or “chowda” as the locals like to call it) that the New England area proudly promotes?

Besides the food, I was also interested in exploring Freedom Trail and Quincy Market in Boston. The thought of visiting the Naismith Memorial Basketball Hall of Fame in Springfield was also on my list, so I now had a couple of good reasons to go to Massachusetts.

It was a good idea that we decided to go there during the summer because the winters in New England can be unforgivable. We booked a hotel that was in the downtown Boston area. The view from our room was nice especially at night where we could see the city’s skyline on full display.

Before I went there, most of the stuff that I knew about Boston came from the movies, TV, magazines and books. I had always known that this place has a ton of history to it but seeing historic buildings and monuments up-close opened my eyes to how special this city really is. I’d be lying if I said that I wasn’t getting goosebumps when I saw the outside of Faneuli Hall. Seeing it on TV and in magazines is completely different compared to seeing it up-close in person.

We also got to visit Paul Revere’s house and were amazed at how well they were able to preserve and maintain the property. Walking inside the home where Paul Revere once lived was an unforgettable experience for my friends and me. Even as I’m writing this down, I still find it hard to believe that I was standing in the living room and bedroom at the home of one of the greatest figures of the American Revolution.

We had a lot of fun strolling around Freedom Trail and learning about the various historic structures still standing there. I think it’s really cool how Boston takes pride in its history by preserving many of the structures that highlight the state’s heritage. We also saw the mural dedicated to Larry Bird and the statue of Red Auerbach at Quincy Market.

Speaking of Quincy Market, you haven’t tried true New England cuisine until you’ve eaten at one of the joints in the Fanueli Hall Marketplace. The place has dozens upon dozens of options to choose from, but we all decided to go with Boston Chowda. I had a bowl of their New England clam chowder with a side order of shepherd’s pie while my buds ordered a couple of Rockport lobster bisques and crab cakes.It was the best chowder I ever tasted, and the price was reasonable, too.

Up next on our list was Fenway Park – the home of the Boston Red Sox. We aren’t baseball fans, but we all agreed that we had to take a tour of this historic stadium. It’s located right in the heart of Boston and is the oldest baseball stadium in the country. Even if you aren’t a fan of baseball, you can’t help but feel in awe of this magnificent ball park.

The tour must have taken an hour to complete, but we got to learn a lot about the park, its history, and memorable moments. My favorite would have to be the lone red chair located at row 37 section 42. According to legend, former Red Sox superstar Ted Williams once blasted a homerun right through a fan’s strawhat on the exact same spot where the chair is located. 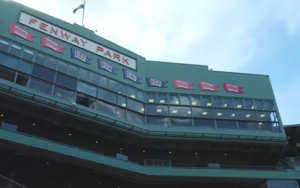 After touring Fenway Park, we headed back to our hotel to catch some sleep. The next day, we finished off our Massachusetts trip by going to Springfield to visit the Basketball Hall of Fame. It felt great to be in the building that not only pays tribute to the man who invented the game of basketball, but also to the legends who made the game what it is today like Michael Jordan, Larry Bird, Bill Russell, and Wilt Chamberlain.

Overall, my trip to Massachusetts was amazing and turned out better than I expected. I enjoyed walking through Freedom Trail, eating clam chowder, and just basking in all the historic sites surrounding me and my friends. My trip might not have been adventure camp Massachusetts levels of exciting, but it was more than enough to convince me to come back there again soon.…